The Year of the Alpinist* 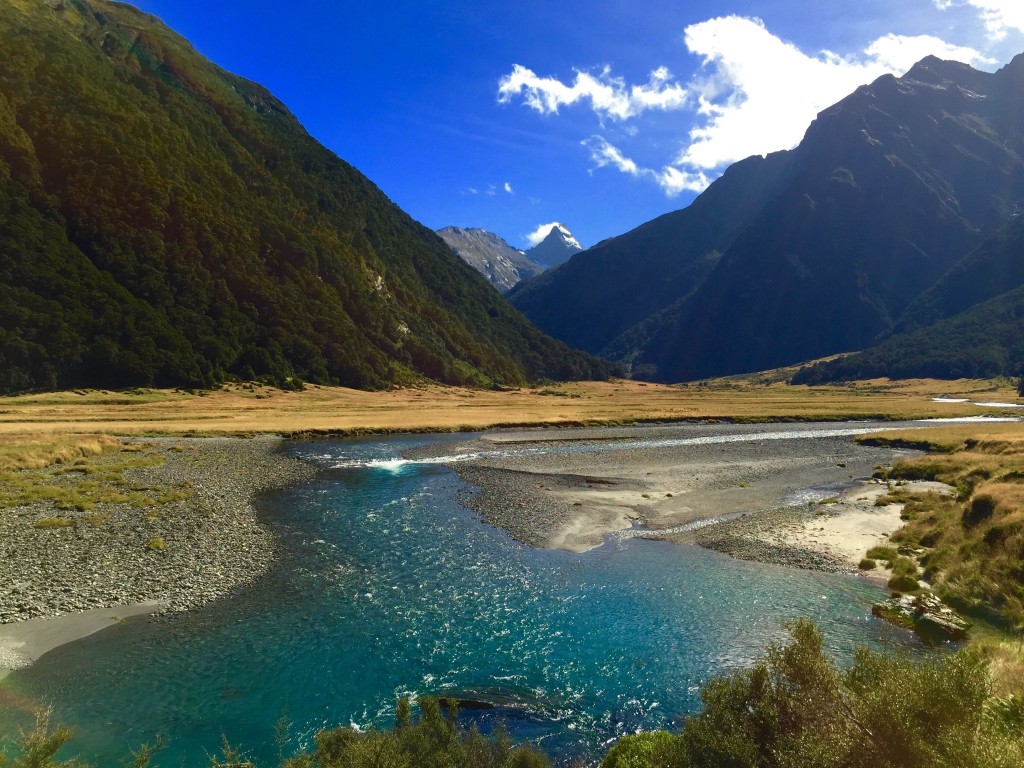 *yes yes, I know that only a few weeks ago I excitedly proclaimed that 2016 was going to be ‘The Year of Agility and Innovation.’ But that sounded too boring. ‘The Year of the Alpinist’ has a better ring to it, don’t you think?

It’s been an interesting start to the year, especially if you’re living down here in Australia. Record heat waves, lots of devastating bushfires, significant market volatility and considerable business uncertainty.

Take us back to the summer holidays please!!!

But unfortunately for most of us, including myself*, the summer holidays are now a distant memory and it’s once more unto the breach, dear friends.

*what of my climbing trip to New Zealand I hear you ask?  Ah, if you read this whole newsletter, at the bottom you will be rewarded with some spectacular footage of the mountains, clouds, minimal climbing adventures, clouds and more clouds, all shot from a drone! Yes, the weather didn’t really cooperate and was not particularly conducive towards alpinism. Nor, for that matter, were my levels of fitness…

But that’s OK, because this year, we’re all (hopefully) gonna tackle the year ahead as alpinists. Well I am certainly am, anyway.

I trust from my previous piece you clicked through to my mate Dr Jason Fox’s clever video on choosing one word for the year ahead to serve as a contextual beacon for you. It’s a very smart idea, and something that I encourage you all to do.

Obviously, the word serving as my contextual beacon at the moment is Alpinist. As a result of lots of hard work last year, and a very in-depth immersion back into the theoretical and practical world of alpinism (after many years of focus upon expedition style), it just seemed to make sense. And the more I work with the idea, the more I see evidence that it will be the only way to progress and adapt and change and innovate and survive as the world goes just a little bit crazy.

So, just a quick recap—what’s an alpinist again?

Glad you asked. The Patrick Hollingworth Dictionary* defines an alpinist as follows:

So when I say that I’m hoping all of us are gonna tackle the year and its challenges ahead as alpinists, I am of course speaking metaphorically. Turning up to work decked out in your fluoro green Goretex jacket and carrying an ice axe in one hand and a hammer in the other will probably just freak out everyone in your office. So you don’t have to go and actually climb a mountain (although you may want to, which is cool); but rather, I’m suggesting you adopt the virtues and habits of the alpinist. That you eschew convention, move light and fast (i.e. don’t get too bogged down in stuff) and appreciate that when you strip out all of the certainty of life, things become, well… interesting.

So, are you onboard?

So then, let’s get started. But where exactly do we start?

The answer to this question is because for a long, long time we have become very good at doing things in a methodical, hierarchical, linear and sequential fashion. The education system is structured this way and we are first introduced to it in primary school, and then have it ingrained in us for the next decade or more.

Then we join the workforce which is again structured in this way, and the linear, hierarchical way of doing things is further embedded into our psyche. Add to this governmental structures which are again very hierarchical and linear and you can see why we are so good at doing things methodically and linearly.

But as the world continues to change in nature and speed at an increasingly difficult-to-interpret manner, many of our traditional, linear and hierarchical ways of doing things are starting to fail. They are just too slow to respond and adapt. In a desperate response to these failings we convince ourselves that we can regain control of the world by imposing even more linear structure and regulation, but in reality we are only slowing ourselves up even further.

To quote from an excellent book about to be released on this topic, “it’s what the great English philosopher Alan Watts would describe as ‘all retch and no vomit.”

This leads to the second thing that we must understand. Commensurate with this linear approach to all things has been our tendency to fixate on specific targets and goals. It’s what we’ve been taught, and it’s what we know best. (Read more about this idea in a classic HBR paper, cleverly called ‘Goals Gone Wild’). And in a relatively stable and certain, predictable and linear world, it kinda worked. But in an uncertain and unpredictable world, this approach falls apart*. Time and time again, we see organisations and governments identifying financial targets and making bold predictions about strong fiscal positions only to have reality strike home and the targets and predictions not be met. Cue disappointment, share price falls and political uncertainty.

*and this is exactly why the good Dr Fox suggests contextual fuzzy beacons, rather than specific new years resolutions.

The Alpinist’s Solution to all of this is to not be beholden to traditional, linear and methodical ways of doing things.

In other words, the alpinist is not beholden to the normal ways of doing things. (This makes the alpinist a bit of a rebel, but that’s a good thing, because the world needs more rebels).

Instead, the alpinist does the following:

Because of this understanding, the alpinist is not thrown off balance by sudden and unexpected change. Rather, they adapt, and take a new path. Until things change again. And then they adapt again. And so on and so forth.

Crucially, in taking this approach, the alpinist doesn’t get too bothered if they upset a few people along the way.

Remember, the old ways of doing things used to be successful, and that’s what enabled those people to be successful, to get to where they are today, and to build the reputations they have today. Naturally, they are protective of those old ways. (And of course, this not only applies to individual people, it also applies to groups of people, who work together in organisations.) But just because these old ways of doing things worked for them, it doesn’t mean you have to follow suit.

The alpinist, being more focused on the quality of the process rather than the outcome, and not being too concerned about upsetting the traditionalist’s status quo, is therefore quite happy to do things differently and to try new ways of doing things.

Indeed, because of their natural curiosity about the process itself, they are more likely to seek out the best process for the particular task that they are working on at that very moment, knowing intuitively that this will more likely than not lead to the best outcome also.

And then, once the world changes again, and that process is no longer the most suitable, they are happy to look for a new process to use, one which is more suited to the new environment.

Understanding these two key ideas is crucial to grasping the basic concept of the alpinist ethos.

So, can I hear a few of you saying breathlessly, “Yes, I want to be an alpinist too!?”

Of course you do! And that’s because you’re very, very smart.

To go barging into your manager’s office or your next team meeting demanding that you all become alpinists this minute might be somewhat remiss. You’ll need to give them time to think about this idea. And probably some evidence, too.

Which is great news, because all the evidence that you’re looking for to show them that the old ways of doing things just doesn’t work anymore, can be found in my new book, The Light and Fast Organisation: A New Way of Dealing with Uncertainty!