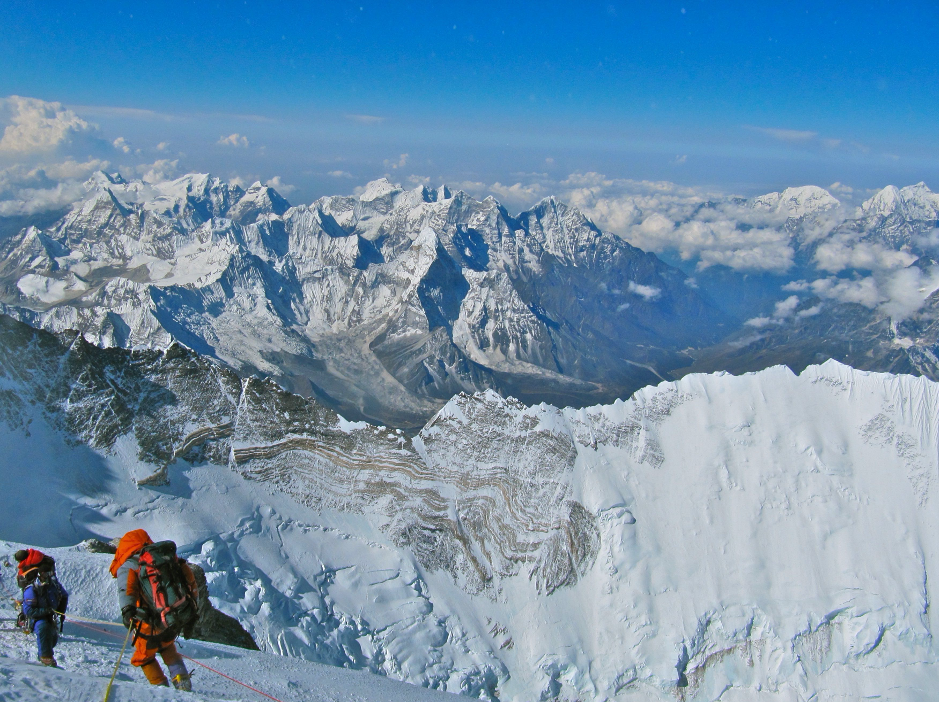 Another big hello to all of my dear readers, in this, the last of my rather sporadic ramblings for 2017.

So for the first time in a little while, I got myself back into the mountains the other week. It was fantastic! This picture below is about three pitches up a route on the south-west ridge of Mount Dixon, in New Zealand’s Southern Alps. The weather was brilliant! The snow conditions? Well, not so much. In fact they were crap. Shortly after this pic was taken we bailed off the route. A small matter of rockfall and avalanches, you see.

You can check out more whimsical pics from that trip, and other trips, on my Instagram feed.

But I’m digressing, so back to the newsletter….

A quick review of my writing over the past 12 months reveals a relatively consistent thread running through it: that of a discontent with the traditional complicated* approach to many aspects of organisational development, and in particular transformation, noting that organisational transformation is something a majority of organisations that I encounter both in Australia and overseas are currently undergoing.

* I’ve touched on the different domains of the complicated and complex in previous writing, but below I unpack it a little further, using some simple rules.

Much of this discontent has stemmed from my following beliefs which have become increasingly innate:

1. organisations are comprised of people, and any system comprised of people is, to varying degrees, complex
2. the ecosystem/s to which organisations now belong are, to varying degrees, complex, and becoming evermore complex
3. the complicated approach is at best limiting when applied to anything exhibiting traits of complexity, and, at worst, destructive

My writing has tried to expand on these beliefs from a number of different perspectives, with the ultimate goal being that I might enable you my dear reader to develop a foundational understanding upon which you are able to intuitively discern when you are looking at, or working within, a complex system. What would be the benefit of this ability, you might ask? Well, another of my beliefs is that for all the hype surrounding ‘new ways of working’ and such things, if you don’t have the ability to understand complex systems and the network topologies that shape them, then it’s all for naught.

A quick review of today’s de rigueur attributes and ‘competencies’ of organisational and leadership development confirms this:

Yes, all of these are simply traits and manifestations that naturally exhibit from complex human systems, with the keyword here being naturally. They naturally* occur, and if you are familiar with the simple principles of complex systems, you can begin to influence how they occur**. If, on the other hand, you don’t have that foundational understanding, then you still might be able to appreciate new ways of working, and you might be able to attend conferences that spruik and adulate them, but that will be about the extent of it. You won’t be able to do much else.

* What would the opposite of natural be? Well it would be via the complicated approach, which would be to focus on each of these traits as individual parts that together amount to an organisation which is ready to transform and thrive etc, and then to focus on the individual (the agent) and how each might essentially have these abilities ‘installed’ into them, generally via a discrete one-day workshop hosted by an ‘expert’ consultant. As you’ll see below, this agent-biased, sum-is-equal-to-its-parts approach ignores not only the emergent possibilities of the entirety of a complex system, but, even more importantly, the connections between the agents comprising the system.
** How? We’ll get to that. In a bit. Possibly. Maybe.

To help in the development of this foundational understanding, I’ve tried to get you thinking about things from a perspective of evolutionary biology, with the intention being that you appreciate how much your past determines (via your current evolutionary fitness) your future (see this newsletter here), rather than just simply focusing entirely on your future. Focusing purely on a preferred and idealised future state means that you tend to ignore the actual realities of what is possible right now. And this has lead to the following* three-rule heuristic as a guide to (what I like to refer to as) contrarian organisational transformation:

1. Start from where you are, not where you want to be
2. Work with what you’ve got, not with what you’d like to have
3. Do it with minimal fuss, and don’t announce it to the world

* Yes, if you’re a keen reader you’ll be aware that this is the fourth time I have mentioned this this year. Sorry. It’s just that it’s a really, really important heuristic to remember.

What this ultimately means, and this is the key point which makes this approach contrarian, is that you work with the evolutionary potential of the now, rather than focusing on a grand and desired end-state. It means you work with the current dispositional state of the system, not the desired one.

Simple, yes, but in some ways quite radical, too.

Now if I’ve worked with you and your organisation this year, or if you’ve seen me speak at a conference or event, you’ll probably be familiar with the following differentiators I use between complicated and complex systems:

5 Traits to know about the complicated

5 Traits to know about the complex

You might even be familiar with another simple* heuristic—this time it’s seven rather than three rules—that I use to help guide and work with complex systems:

* Remembering that simplicity runs through complexity.

7 Basic principles to help you navigate the complex

Confused by the above? Excellent. That means you’re thinking…

Unfortunately, because the complicated approach has been the dominant influence in the building of organisations (meaning most organisations are majority-comprised of technical and role-specific employees), the management industry* (which first invented the complicated approach) has been able to reinforce and propagate itself (because they are seen as the experts who specialise in the ‘technical’ role of organisational management, strategising and development). It’s a convenient solution that doesn’t cost the world much—only an estimated US $250 billion per annum**—but it leaves organisations with a compromised evolutionary fitness, which in turn means that the chances of adaptation are significantly reduced. And if these organisations are doing good stuff, being in service to the community, and they are being compromised by reckless and narrow-minded complicated approaches, just like what has happened at online art retailer Etsy, then I reckon it’s fair enough to be outraged***.

*BTW, I’m not just talking about large-scale, multi-national consultants here. No, I’m referring to a wide spectrum, from many of the world’s leading business institutions and universities through to any industry or technical ‘expert’ who sells best-practice, formulaic, repeatable, worthless, meaningless (but buzzword-full) dribble as a complicated solution to a complex problem.
**And that’s not considering the broader societal costs of the impact of their thinking influencing so many elements of modern-day life.
***Seriously, it’s OK to stand up for something you believe in. Don’t be timid, don’t be afraid!

Ah, but just like the dinosaurs, the time has come for the management industry. You see, it’s now scrambling to understand how the complex approach can be codified, modelled, replicated, packaged-up, sold and implemented. But of course, it can’t be. An elementary understanding of the 7 basic principles described above will tell you this. Complex systems, what with their non-linearity and unpredictability, their connectivity interdependence, their multi-dimensionality, tend to expunge complicated approaches, often with costly and unintended consequences.

So what am I trying to say here?

Can we please just stop it? Can we please stop trying to change complex human systems with complicated approaches? What if I ask nicely? Pretty please?

Which leads to the direction I’m headed in 2018.

It’ll be a continuation of all things complexity, but with an additional emphasis on the science of networks, and how a combined understanding of complexity and networks enables us to act within and upon and across them. This year has all been about building* the foundational understanding. Next year, we use that foundation for action (action stemming from our current, not future, evolutionary potential)!

* In building your foundational understanding, I’ve been improving your evolutionary fitness and your dispositional state. Clever, hey!

I’m pretty much booked up for all of next year, at least with regards to the organisational transformation stuff, however, mid-year—probably in about July—I’ll be running a three or four day retreat on the east coast just south of Sydney. In it we’ll cover all of the foundational stuff around complexity and networks and then, guided by the 7 principles (and a few other things), we’ll look at how we can start influencing complex systems with positive and negative feedback. More details will follow next year, but if you’re keen to get in early, let Geraldine know here.

Thanks for reading my work in 2017—writing to you is one of my favourite things I get to do—I very much appreciate the time you give to reading it.

Catch you all next year!